Meet the Board of Trustees

We are pleased to announce the Department of Bioengineering Board of Trustees as an Advisory Board to oversee and advise on the welfare and interests of the Department and to serve as public advocate and ambassador. 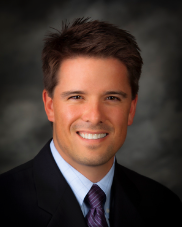 Dr. Baxter serves as a Senior Principal Scientist and Technical Fellow in Medtronic’s Implantables Restorative Therapies business group helping to develop novel stimulation leads for positioning electrodes within the nervous system. Dr. Baxter has patented key ideas and published seminal works detailing the mechanical conditions implanted medical devices are exposed to during their lifetimes and is a Bakken Fellow, Medtronic’s highest technical honor. Prior to joining Medtronic, Dr. Baxter studied Mechanical Engineering at the Georgia Institute of Technology and obtained a Ph.D. at the University of California, San Diego where he developed, implemented, and validated novel algorithms for elucidating the mechanics of implanted medical devices.  In addition to his work at Medtronic, Dr. Baxter proudly chairs the Board of Trustees of the UC San Diego Bioengineering Department and also serves on the external advisory board for UC San Diego’s Whitaker Institute of Biomedical Engineering.

Walt also co-chairs the advisory board at UCLA’s Department of Bioengineering and serves on UC Riverside’s Department of Bioengineering external advisory board. He impacts and fosters meaningful academic-industrial collaboration through his interaction with students and faculty at several Universities. Dr. Baxter guest lectures in Mechanical and Biomedical Engineering courses at UC Irvine, UCLA, and UC San Diego and also speaks to student groups on University campuses about careers in the medical device industry wherein he seeks to attract talented students. Dr. Baxter is an elected Fellow of the American Institute for Medical and Biological Engineering (AIMBE) where he works to further awareness of how Medical and Biological Engineering impacts the lives of people around the world. 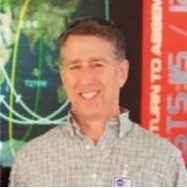 Mr. Engelson, is currently President & CEO of Lucira Health, Inc, a member of the Board of Neptune Medical and ARANZ Medical, and is a Venture Partner at ShangBay Capital.  Just prior to this, he was CEO of Medina Medical, which was sold to Medtronic. Previous associations include Partner at The Foundry (a venture-funded medical device incubator), CEO of two Foundry companies, CFO of Fluidigm Corporation, and Venture Partner at both Versant Ventures and Institutional Venture Partners.  Earlier, Mr. Engelson spent 13 years in various operating roles at Target Therapeutics where he led the early start-up into the then nascent field of Interventional Neuroradiology (stroke intervention), developed its first products and helped take the company public.

Paul Citron retired in 2003 from Medtronic, Inc., a pioneer in the medical device industry and the largest developer of implantable therapeutic devices.  He was Vice President of Technology Policy and Academic Relations. Previously he was Medtronic’s Vice President of Science and Technology for over 15 years, responsible for corporate-wide assessment and coordination of technology initiatives and for prioritization and funding of corporate research.  These executive positions followed a progression of R&D assignments over his 32-year career at Medtronic where he developed and helped bring to the bedside technologies that advanced the utility, safety and effectiveness of innovative implanted medical devices. He has authored numerous medical technology peer reviewed publications and has been an invited speaker at biomedical engineering conferences, workshops, symposia, and university classrooms. Citron holds nine U.S. medical device patents, including one that was designated “Patent of Distinction” by Medtronic for its positive impact on patient wellbeing. It permitted for the first-time reliable long-term cardiac stimulation without the need for an open-chest surgical procedure.  Consequently, this innovation rapidly became the “treatment of choice” in the medical community.

It sharply reduced the incidence of interruption of pacemaker stimulation because of electrode dislodgement and the need for urgent reoperation to restore effective stimulation. Market growth for pacemakers was accelerated because implantation could be performed on an out-patient basis and made it possible for frail patients to receive pacemaker therapy. Every pacemaker company adopted this innovation and it continues to be sold 40 years after it first entered the market. Citron has a B.S.E.E (1969) from Drexel University and an M.S.E.E. (1972) from the University of Minnesota. In 2013 he received an honorary Ph.D. in biomedical engineering from Drexel University. He was elected a Founding Fellow of the American Institute of Medical and Biological Engineering (AIMBE) in 1993 and in 2018 was chosen as president-elect of its College of Fellows.

Citron was elected to the National Academy of Engineering (NAE) in 2003 where he has served on its Peer Committee, Committee on Membership, and the Draper Prize Committee as its Chair in 2012. He served two terms as an NAE Councillor and was a member of the National Academies’ Committee on Science, Engineering, and Public Policy. He served on three National Academy of Medicine consensus studies: Safe Medical Devices for Children (2005); Rare Diseases and Orphan Products: Accelerating Research and Development (2011); and, Identifying and Prioritizing New Preventive Vaccines for Development: Phase I, II, and III. In 2015 he was appointed to the Academy of Medicine’s Health and Medicine Division advisory committee.  Citron has taught a graduate course on corporate entrepreneurship at Georgia Tech and UCSD as well as invited lectures to undergraduate bioengineering students at UCSD.  He is an advisor to start-up firms in the medical device and biotechnology sector. He is also a member of the Salk Institute for Biological Studies (La Jolla, CA) Leadership Institute, an external advisory body. He currently serves on the UC San Diego Health Board of Advisors as well as the UCSD Bioengineering Board of Trustees. Iman is the President and CEO of Sinopia Biosciences, a biotechnology startup in San Diego that she has led for five years. They have developed a bioinformatics platform to study the safety and efficacy of therapeutics and the company emerged from UCSD technology that Iman helped develop while a Ph.D. student in the Bioengineering Department. Iman brings a diverse viewpoint compared to the existing Board as a researcher in the bioinformatics field

Joseph Lucisano, PhD, has deep experience in medical device research, product development, regulatory navigation, clinical affairs, and business strategy and operations.  Dr. Lucisano’s background in medical devices includes a long-standing focus in medical sensors, and he is a recognized scientific expert in the field of implantable monitoring devices.  His past service in medtech organizations includes roles such as Bioengineer, Scientist, Principal Engineer, Program Director, CTO, Founder/President/CEO, and Board Member.  He is currently President of Lucisano Consulting, LLC, which delivers medical device R&D and business expertise to clients in the medical and health technology field. Dr. Lucisano holds PhD and BS degrees in Bioengineering from the University of California, San Diego and a Master’s degree in Aeronautics and Astronautics from Stanford University.  He is an inventor on 21 US patents and has served as Principal Investigator for numerous peer-reviewed focused R&D grant projects related to medical devices. Dr. Lucisano is a Founding Member of the Board of Trustees for UCSD Jacobs School of Engineering, Department of Bioengineering, a member of the College of Fellows of the AIMBE, and a Senior Member of the IEEE. 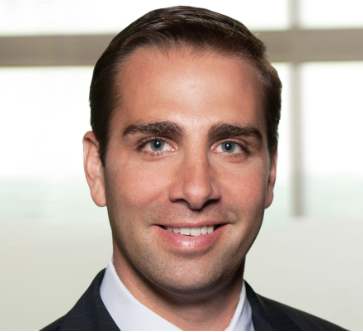 Christophe founded Genomatica in 1998. Since being named CEO in May 2009, he has led Genomatica to widespread recognition as a leader in industrial biotech, with a commercialized first process and plant and multiple leading partners. The company has earned awards for industry impact (recognized in ICIS Top40 Power Players five years in a row), engineering (Kirkpatrick), science (EPA Presidential Green Chemistry), industry leadership (voted #1 Hottest four years in a row by Biofuels Digest), and company culture (The Scientist as a Best Place to Work). Christophe is Chairman of Biocom, the largest advocate organization for California’s life sciences sector; serves on BIO’s Industrial & Environmental Section Governing Board; and has previously served on the World Economic Forum Global Agenda Council on Biotechnology. He is also a member of YPO, an international leadership organization for chief executives.Christophe holds a Ph.D. in bioengineering from the University of California, San Diego. He received a B.S. in biomedical engineering from Duke University and was honored as a Distinguished Young Alumnus in 2010.